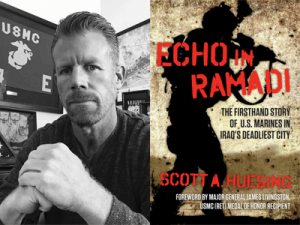 Light Up To Live Foundation is pleased to have Scott A. Huesing (USMC retired) as the keynote speaker for the 2nd Annual Light Up To Live Gala & Auction set for Saturday, September 14, 2019, at 6:00 p.m. at the Westin Stonebriar Hotel & Golf Club in Frisco, Texas.

Mr. Huesing is the author of Echo in Ramadi,  an enthralling book details his experiences leading his heroic infantry team in battles throughout Iraq. He is a retired USMC Infantry Major with over 24 years of service, both enlisted and as a commissioned officer. His career spanned 10 deployments and he conducted operations in over 60 countries worldwide. During his numerous deployments to Iraq, Afghanistan, and the Horn of Africa he planned, led, and conducted hundreds of combat missions under some of the most austere and challenging conditions. 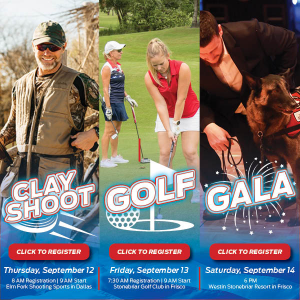 Sign Up For Upcoming Light Up To Live Events

Join Light Up to Live at the annual Gala & Auction, Golf Tournament, or Clay Shoot. All three events have one mission – helping to light the path to hope for Veterans. All events help fund resources for Veterans recovering from Post-Traumatic Stress, Traumatic Brain Injury, pain and depression.