The Light Up To Live Foundation has helped improve the lives of Veterans by funding service dog training and supportive care. With the support of our donors and in partnership with the Patriotic Service Dog Foundation, wounded Veterans are matched with highly-trained and skilled service dogs.

Through this partnership, Veterans are able to become more independent, self-confident, and comfortable with life outside of the military. It is through this close-knit community of volunteers and professional trainers who work alongside Veterans that they are able to develop lasting and meaningful bonds with dogs that can change their lives.

Watch the video below to learn how Light Up To Live Event Supporters are changing Veterans’ lives with the Patriotic Service Dog Foundation. 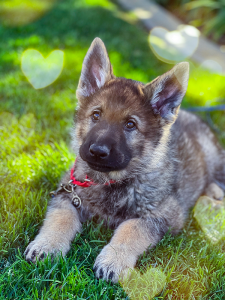 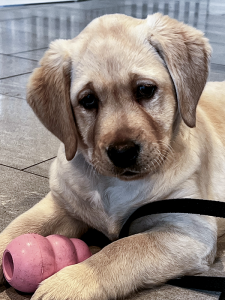 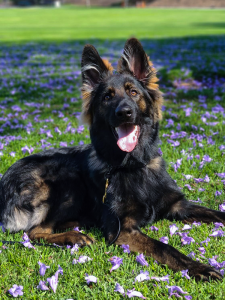 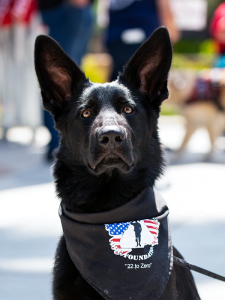 According to the Patriotic Service Dog Foundation, there are an estimated 460,000 Veterans from the Iraq and Afghanistan war who are struggling with Post-Traumatic Stress (PTS) or Traumatic Brain Injury (TBI). One of the most difficult statistics to read is that approximately 22 Veterans take their own lives every day. The Light Up To Live Foundation is working to find ways to help provide support, hope, and help to our military men and women, especially those who are returning home from active duty and entering civilian life again.

The Light Up To Live charity, founded by Randall and Sherry Reed, first partnered with the Patriotic Service Dog Foundation in 2018. The Reed family was proud to be part of helping provide two very special service dogs, Gentle Ben and Jackel, named after two fallen heroes. During the 2018 Gala, multiple patrons donated funds via Light Up To Live to help raise and train Gentle Ben and Jackel. Upon completing training, each continued training with their Veteran “handler.”

Gentle Ben is now teamed up with U.S. Army Veteran Michelle Rivera. Together, they made their debut during the 2019 Light Up to Live Gala. As Michelle shared in her video interview (above), having a Patriotic Service Dog has changed her life. She shared that she plans to turn post-traumatic stress into post-traumatic growth. That can already be seen not only in her daily life, but in how she is sharing her story. She has made public appearances sharing her story, including Fox 5 in San Diego with Patriotic Service Dogs Gentle Ben and Jackel. During the program, she represented women Veterans, minority Veterans, combat Veterans and Veterans with PTS. 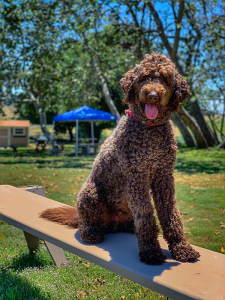 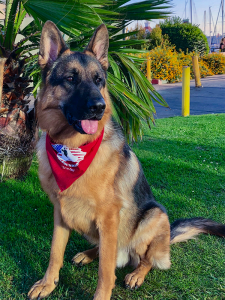 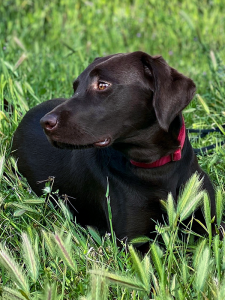 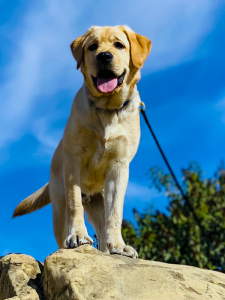 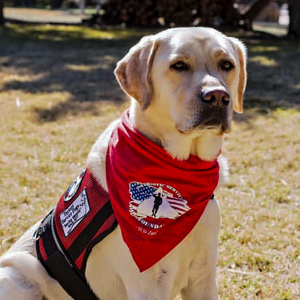 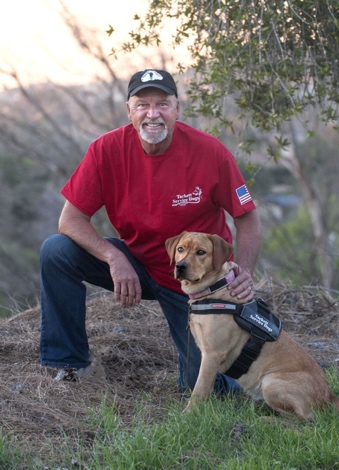 Tom Tackett is a behaviorist and competition dog trainer based in Orange County, CA since 1977. As a recognized authority on obedience and protection training, Tom has appeared as an expert witness in court cases and on numerous local television programs. Competitive in Schutzhund Trials, he won the first all Rottweiler National Schutzhund III Trial in Florida in 1985 with a perfect score (100) points in protection. While in Germany acquiring “Arras Zur Spielmans-Au”, the 1985 European Champion and World Champion Rottweiler, Tom was certified as a Schutzhund Trial Decoy by the German Rottweiler Club (ADRK). He was president of the Southern Counties Rottweiler Club from 1992-1995. With an emphasis on continued education, he has sponsored numerous Police seminars. Additionally, he has composed nationally distributed audio tapes on dog behavior for veterinarians and written articles for the Orange County Register entitled, ”Dogged Dilemmas” from 1992-1995. California & Orange County Rehabilitation Programs recognized Tom’s school for Trainers from 1988-1996. In August of 2006, Tom and his Black Lab, “Kona” were certified as a “Certified Mold Detection Team” at Von Kaiserhof Training Center” in Lawrence, Kansas, as well as with the “World Detector Dog Organization” based in Vincent, Alabama.

Visit our events and donate page to learn how you can be part of helping Light Up To Live continue to support the Patriotic Service Dog Foundation.

TWO EVENTS WITH ONE MISSION!

Save the date for the 5th Annual Light Up To Live Clay Shoot on October 12, 2022 at Elm Fork Shooting Sports in Dallas, Texas!

Don’t miss the 6th Annual Light Up To Live Golf Tournament on October 13, 2022  at Cowboys Golf Club in Grapevine, Texas!