Donate in Honor of Steve Ellis 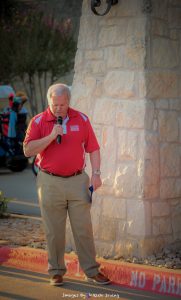 Steve Ellis, Light Up To Live Board Member, husband, father, grandfather, brother and friend, passed away suddenly on November 29, 2020 at the age of 62. He is survived by his beloved wife, Maureen, of 38 years, and three children and their families, Emily and her husband, Erik; Andrew and his wife, Catherine, Kylie and his three beautiful grandsons, Ethan, Everett and Christopher. He is also mourned by his mother, Margaret and her husband, Bob; and brothers Tim and his wife, Stephanie; and Mark and his wife, Susie. He is predeceased by his father, Jim and Steve’s son, James joined him in Heaven only twelve days after his passing.

Steve worked tirelessly to care for his family and for community including being an integral part of Light Up To Live Foundation from its inceptions. Originally from North Carolina and raised in Stockton, California, he was eldest of three brothers. Even as a young boy and teenager, he was a devout Christian who believed in helping others. He attended Abilene Christian University then moved to Dallas. During his long career, he was involved in a variety of interests including a wine-broker entrepreneurship and as an executive leader in the financial and banking industries.

It was in Dallas that he met the love of his life, Maureen, who is also a Light Up To Live team member. Steve gave much of his time and resources volunteering for charities to which he was committed. In addition to helping our Veterans on their road to recover, he served as the Wine Chair for the American Heart Association’s Cotes du Coeur Gala for twenty years and was involved in a variety of fund-raising events including Orphan Angels, Trinity Christian Academy and Shelton Schools. 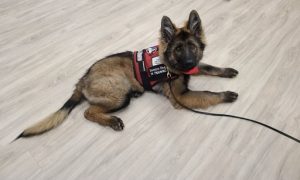 Named in Steve’s memory, Ellis is German Shepard who was gifted by the Randall Reed family to be trained at the Patriotic Service Dog Foundation for placement with a military Veteran. Each pup requires about $35,000 to pay for training, nutrition, and veterinary care during the 18-24 months of training and placement.

As a board member for Light Up to Live Foundation, he helped raise funds to support of Veterans’ needs after they returned home from duty and began their journey to recovery from combat-related injuries, post-traumatic stress, and depression. A deeply Christian man at heart, he and Maureen were both active members of Watermark Community Church in Dallas.

Steve loved people, outdoor activities, grilling, football, travel, wineries, and helping others. In his memory, the family is inviting those who would like to show support by making a donation in his name to the Light Up to Live Foundation to help carry his legacy forward for years to come.

THREE EVENTS WITH ONE MISSION!

Save the date for the 4th Annual Light Up To Live Clay Shoot at Elm Fork Shooting Sports in Dallas, Texas on September 30, 2021!

Don’t miss the 5th Annual Light Up To Live Golf Tournament on October 1, 2021 at Cowboys Golf Club in Grapevine, Texas!

The Light Up To Live Scooter Brown Band Concert & Auction on October 2, 2021 at The Westin Irving Convention Center at Las Colinas in Irving, Texas has been postponed until 2022. 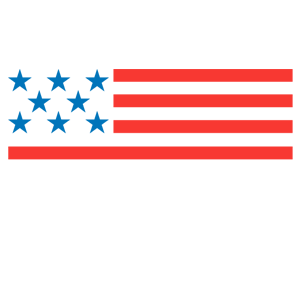